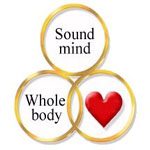 Substance abuse involves using a substance despite persistent social, interpersonal, or other problems caused by use of the substance. Substance dependence is a more severe disorder, which entails signs of physical or psychologic tolerance or dependence. Treatment of substance use disorders generally targets the substance-dependent population. Substance abuse also can cause problems, however, that require medical attention. There has been an emphasis on early intervention and treatment in the hopes of avoiding the development of substance dependence and its consequences.

Nonpharmacologic treatments have been the mainstay of substance abuse treatment since the 1940s. Several different approaches have shown reliable success, including participation in 12-step programs, cognitive behavioral treatments and family therapy targeting dysfunctional family relationships that support and maintain addictive behaviors.4,11 Contingency management coupled with community reinforcement is a new treatment that is built on the principles of behavioral psychology and uses positive reinforcement to maintain abstinence and promote healthy activities in the home environment. This therapeutic modality has shown remarkable success in decreasing substance use across a wide variety of populations.

In the 1990s, motivational interviewing, which is grounded in decision-making theory and motivational psychology, gained empirical support as an intervention capable of promoting behavioral change in addictive disorders. This relatively brief and simple intervention is designed to create a self-awareness of behavior and how a behavior may be creating problems for an individual. The style of the interview is empathic and nonjudgmental, and the intervention is designed to engage the individual in making the decision that change is necessary. Motivational interviewing is important to this article because it has been used successfully in primary care and emergency department settings to help patients begin the process of change.

In general, psychosocial treatments can be used for many substance use disorders and are not specific to certain substances of abuse. One exception is treatment of nicotine dependence, in which many of the principles of treatment are the same, but the lack of devastating social consequences and the specific cues associated with smoking make specialized treatment programs for nicotine dependence an appropriate referral. Substance use disorders are treatable disorders and there are efficacious, rigorously tested pharmacologic and psychotherapeutic treatments. Primary care and other medical providers should be aware of the treatment resources available in their community for referral. This article provides an overview of specific substances of abuse, detailing clinical presentation and medical sequelae of specific disorders and substance-specific (generally pharmacologic) treatments.

The symptoms of ADHD include inattention and/or hyperactivity and impulsivity. These are traits that most children display at some point or another. But to establish a diagnosis of ADHD, sometimes referred to as ADD, the symptoms should be inappropriate for the child’s age.​

​​ADHD is common in children and teens. Adults also can have ADHD. With ADHD in adults, there may be some variation in symptoms. For instance, an adult may experience restlessness instead of hyperactivity. In addition, adults with ADHD consistently have problems with interpersonal relationships and employment.

​​​There are three different types of ADHD, including:​

combined ADHD (the most common type), which involves all of the symptoms

inattentive ADHD (previously known as ADD), which is marked by impaired attention and concentration

hyperactive-impulsive ADHD, which is marked by hyperactivity without inattentiveness​

For a diagnosis of ADHD, some symptoms that cause impairment must be present before age seven. Also, some impairment from the symptoms must be present in more than one setting. For instance, the person may be impaired at home and school or home and work. Also, there must be clear evidence the symptoms interfere with the person’s ability to function at home, in social environments, or in work environments.​

Inattention may not become apparent until a child enters the challenging environment of school. In adults, symptoms of inattention may manifest in work or in social situations.​

​​A person with ADHD may have some or all of the following symptoms:​

difficulty paying attention to details and tendency to make careless mistakes in school or other activities; producing work that is often messy and careless

inability to sustain attention on tasks or activities

frequent shifts from one uncompleted activity to another

failure to complete tasks such as homework or chores

frequent shifts in conversation, not listening to others, not keeping one’s mind on conversations, and not following details or rules of activities in social situations​

Hyperactivity symptoms may be apparent in very young preschoolers and are nearly always present before the age of seven. Symptoms include:

getting up frequently to walk or run around

having difficulty playing quietly or engaging in quiet leisure activities

being always on the go

Hyperactivity may vary with age and developmental stage.

Toddlers and preschoolers with ADHD tend to be constantly in motion, jumping on furniture, and having difficulty participating in sedentary group activities. For instance, they may have trouble listening to a story.

School-age children display similar behavior but with less frequency. They are unable to remain seated, squirm a lot, fidget, or talk excessively.

​In adolescents and adults, hyperactivity may manifest itself as feelings of restlessness and difficulty engaging in quiet sedentary activities.

blurting out answers before questions have been completed

Impulsivity may lead to accidents such as knocking over objects or banging into people. Children with ADHD may also engage in potentially dangerous activities without considering the consequences. For instance, they may climb to precarious positions.

​Many of these symptoms occur from time to time in normal youngsters. However, in children with ADHD they occur frequently — at home and at school or when visiting with friends. They also interfere with the child’s ability to function normally.

​ADHD is diagnosed after children consistently display some or all of the above behaviors in at least two settings, such as at home and in school, for at least six months.

​Some children with ADHD — approximately 20% to 30% — develop learning problems that may not improve with ADHD treatment. Hyperactive behavior can be associated with the development of other disruptive disorders, particularly conduct and oppositional-defiant disorder. Why this association exists is not known.

A great many children with ADHD ultimately adjust. Some, though, especially those with an associated conduct or oppositional-defiant disorder, are more likely to drop out of school. These individuals fare more poorly in their later careers than individuals who did not have ADHD do.

​Inattention tends to persist through childhood and adolescence and on into adulthood. The symptoms of hyperactivity and Impulsivity tend to diminish with age.

As they grow older, some teens that have had severe ADHD since middle childhood experience periods of anxiety or depression.

​There are several warning signs for ADHD that seem to get worse when demands at school or home increase. They include:

being unable to get organized, either at home or at school

fidgeting, especially with the hands and feet

failing to finish projects, including chores and homework

not paying attention to and responding to details

getting poor grades in school

being isolated from peers due to poor grades and secondary depression​

Bipolar disorder — sometimes called manic-depressive disorder — is associated with mood swings that range from the lows of depression to the highs of mania. When you become depressed, you may feel sad or hopeless and lose interest or pleasure in most activities. When your mood shifts in the other direction, you may feel euphoric and full of energy. Mood shifts may occur only a few times a year, or as often as several times a day. In some cases, bipolar disorder causes symptoms of depression and mania at the same time.​

Although bipolar disorder is a disruptive, long-term condition, you can keep your moods in check by following a treatment plan. In most cases, bipolar disorder can be controlled with medications and psychological counseling (psychotherapy). ​

Bipolar I disorder. Mood swings with bipolar I cause significant difficulty in your job, school or relationships. Manic episodes can be severe and dangerous.

Bipolar II disorder. Bipolar II is less severe than bipolar I. You may have an elevated mood, irritability and some changes in your functioning, but generally you can carry on with your normal daily routine. Instead of full-blown mania, you have hypomania — a less severe form of mania. In bipolar II, periods of depression typically last longer than periods of hypomania.​

The exact symptoms of bipolar disorder vary from person to person. For some people, depression causes the most problems; for other people, manic symptoms are the main concern. Symptoms of depression and symptoms of mania or hypomania may also occur together. This is known as a mixed episode.​

Signs and symptoms of the manic or hypomanic phase of bipolar disorder can include:​

Careless or dangerous use of drugs or alcohol

Frequent absences from work or school

Delusions or a break from reality (psychosis)

Poor performance at work or school

Signs and symptoms of the depressive phase of bipolar disorder can include:

Loss of interest in activities once considered enjoyable

Chronic pain without a known cause

Frequent absences from work or school

Poor performance at work or school

Other signs and symptoms of bipolar disorder

Signs and symptoms of bipolar disorder can also include:

Psychosis. Severe episodes of either mania or depression may result in psychosis, a detachment from reality. Symptoms of psychosis may include false but strongly held beliefs (delusions) and hearing or seeing things that aren’t there (hallucinations).​

​Symptoms in children and adolescents

Instead of clear-cut depression and mania or hypomania, the most prominent signs of bipolar disorder in children and adolescents can include explosive temper, rapid mood shifts, reckless behavior and aggression. In some cases, these shifts occur within hours or less — for example, a child may have intense periods of giddiness and silliness, long bouts of crying and outbursts of explosive anger all in one day.​

When to see a doctor​​

If you’re reluctant to seek treatment, confide in a friend or loved one, a health care professional, a faith leader or someone else you trust. They may be able to help you take the first steps to successful treatment.

​If you have suicidal thoughts

Suicidal thoughts and behavior are common among people with bipolar disorder. If you or someone you know is having suicidal thoughts, get help right away. Here are some steps you can take:

Seek help from your doctor, a mental health provider or other health care professional.

Call a suicide hot line number — in the United States, you can reach the toll-free, 24-hour hot line of the National Suicide Prevention Lifeline at 800-273-8255 to talk to a trained counselor.

Contact a minister, spiritual leader or someone in your faith community.

When to get emergency help

If you think you may hurt yourself or attempt suicide, call 911 or your local emergency number immediately. If you have a loved one who has harmed himself or herself, or is seriously considering doing so, make sure someone stays with that person. Take him or her to the hospital or call for emergency help.​

In response to the coronavirus pandemic, Circles of Care established a multidisciplinary COVID-19 Taskforce including Risk Management and Infection Control specialists. Our team is continuously monitoring the latest developments with COVID-19 by following official COVID-19 updates from the Centers for Disease Control (CDC), the World Health Organization (WHO), the Florida Department of Health (FDOH) as well as federal and state government leadership. To ensure we are taking the necessary precautions, our COVID-19 Taskforce has developed a multilevel Pandemic Response Plan.

The following is a summary of the preventative measures in place at this time for our inpatient and residential units that affect our patients, visitors, workforce and community:

1) Prior to admission to any inpatient or residential facility, clients are screened for COVID-19 symptoms. No patients with symptoms are admitted; our Intake Services department will instead coordinate with local emergency departments for appropriate patient care.

2) Visitation is suspended at all of our inpatient locations.

3) To protect our vulnerable geriatric population, all admissions from acute care hospitals to our inpatient hospital require administrative review and approval.